Children and young people are very vulnerable to the effects of trauma because of their brain’s developmental immaturity.

Further information to explore:
The hippocampus and the amygdala combine together to generalise fear responses to the context in which the original fear response was generated 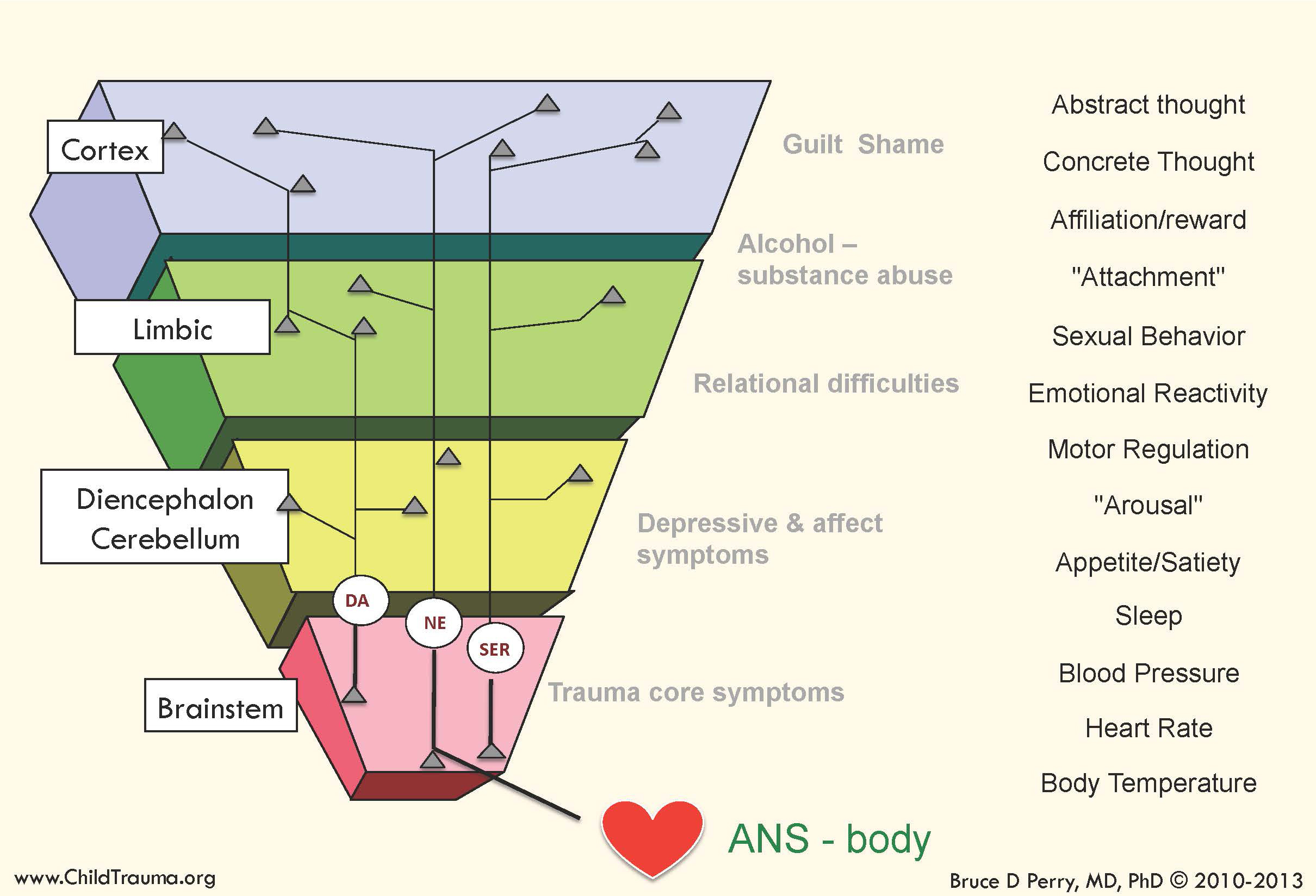 The impact of trauma on the developing brain

What particularly influences what will be seen in how trauma manifests later in life is when it occurred during brain development, i.e. what age and which part of the brain is developing at that time.

Here are some ideas on the influence of trauma experienced during the development of various parts of the brain.